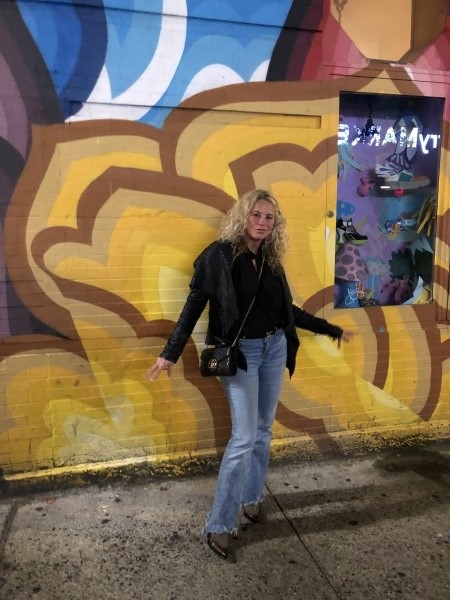 From the Sidewalk to Catwalk!

FROM THE SIDEWALK TO THE CATWALK TO TV AND MAGAZINES WORLDWIDE, REVOLUTIONARY NYC BASED STREETAILER, MONIQUE LESHMAN CONQUERS THE FASHION INDUSTRY WITH HER - BOHEMIAN LUX LIFESTYLE

The Detroit Born, Florida raised designer, whose tunics, caftans, jewelry and handbags have been featured in reputed magazines such as the SI Swimsuit Issue, The Covers of Self (Beyonce), Glamour, Cosmo, People and others and also in popular TV shows such as The Bachelorette, Extra, Gossip Girl and so on Will Soon Launch a Fully Interactive E-commerce Site. For Monique Leshman’s editorials with celebrities and actresses, please see?here.

Driven by her brilliantly detailed, ever colorful and evolving array of purses, accessories, tunics and caftans, Monique Leshman is a galvanizing force in the fashion industry. Continuing her one woman streetailer revolution, which has taken her from the sidewalks of NYC to the catwalks of the world and beyond.

Those seeking the funkiest and hippest wearable arts, can often still find the Bohemian Lux lifestyle expert selling from the same mega-popular tables at the corner of West Broadway and Spring street in the Soho District that launched her incredible journey to global renown over 25 years ago. Yet her creations, over the years have also become multi-media sensations, appearing everywhere from top fashion magazines (including the covers of GL, Houston, OK, Cosmo, Glamour, InStyle, Soap Stars, US Weekly, Seventeen and People) to TV’s (The Bachelorette, Dish Nation, Gossip Girl, Housewives of Atlanta, New York Housewives, Mob Wives and the Mike Myers film -The Love Guru).

Beyonce and Zoe Saldana have modeled Monique’s signature Tunics on the cover of Self – swimsuit. Model Tori Praver wore them in the 2009 SI Swimsuit Issue and correspondent Maria Menounos has worn them on Extra. Her styles have been worn by everyone from Kourtney Kardashian to South African jazz-hip hop star Toya Delazy and N Kenge, who played Mary Wells in Motown the Musical on Broadway. Monique’s items have been also been featured on The Wendy Williams Show – Extra, The View and The Talk.

Aside from earning at retailers, fashion houses and shows throughout the world, the sheer force and charisma of Monique’s personality combined with her killer entrepreneurial success story has made her a popular guest on numerous outlets including, Fox 5 Business and T7live.com.

The Detroit born, South Florida raised Monique’s forward thinking vision now extends to the ecommerce world, with a unique site in the works that will in addition to selling many of her, one of a kind creations, incorporate various facets of her unique life and career. Her one stop shop concept includes, using a webcam to both share her day to day streetailing in her NYC neighborhood and allow her to assist clients in facilitating complete fashion makeovers. The self-stylist, creator and innovator will use the site to help clothe and accessorize people and provide day to day lifestyle ideas.

My career has been driven by the idea that whatever is trending, I will make my own, Monique says. My new site’s mission will be from sidewalk to catwalk- We’ve got you covered. It’s all in the little details, from clothes, handbags and accessories to bras, perfume, food, styling techniques and even the right candles for ambience. I want to help people create the Wow factor in their own lives with both large and subtle changes that make all the difference. I want to make them feel secure in who they are and feel like a whole different person when we’re finished working together. My personal satisfaction lies in putting something together that makes women feel like they’re on the catwalk looking and feeling fabulous about life.

In the early 90s, while working retail after her move from Florida to New York, Monique’s friends took note of her colorful new jewelry and convinced her to start selling it on the street in trendy Soho. On the very first day, she made more money than she did at her retail job and immediately embarked on her new path. Within months, she had attracted a huge following of stylists, designers and fashionistas, becoming the go-to girl for the it accessories. After launching her line of accessories in Mom and Pop boutiques across the country, she created a major movement in the handbag world by creating her Signature Pocket Bag, which against the odds landed her creations on the prestigious fifth floor of Bergdorf Goodman.

Traveling later in India, seeking new manufacturers for her handbag collection (then known as Mio Accessori by Monique Leshman). Monique’s newly kindled passion for the cultures native beading and artisan techniques, combined with a chance encounter with a family of clothes manufacturers, led her to create her Signature Tunic and Signature Caftan that she first brought to the fashion market in 2009.

There have been many twists and turns along the way, Monique says, but the essence of the journey boils down to the fact I had a passion for accessories that I took to the streets in New York. People started responding to the simplicity of my jewelry and from there I’ve been fortunate to have many new opportunities and make connections, which helped me build a multi-faceted brand that people around the world have appreciated. As a self-made designer and stylist, there have been highs, lows, fun, and struggles. Yet, whether I’m selling my designs at my table or watching them appear in top magazines across the world, the pride and joy of the simple act of creating are what continue to drive and excite me every day.